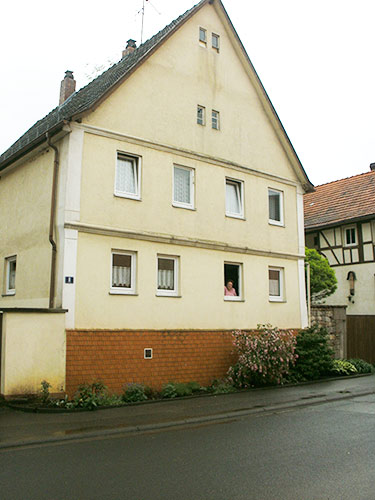 Josef Mittel (1888) acquired the property with the vinegar factory as dowry of his wife Fanny (1891) Liebenthal. Her uncle Hermann (1855-1910) bought the vinegar factory from Heinemann and Sophie Rose in 1897 at the price of 12000 Mark, because they had moved to Meiningen. Josef Mittel managed the business together with his brother Theo, who lived in the main street no. 108. To differentiate this family from the many other Mittel families they have been called Essig (=vinegar)-Mittel.

Besides the fabrication of vinegar also spirits and liqueurs have been produced as is shown in the advertisement.  After the brothers left Unsleben 1939 via Havanna to the USA the business was taken over by the Fa. Hügelschäfer, Sommerhausen, which carried on the production. Josef Mittel together with his wife had four children: Ruth, Käte, Edith and Günther.  Ruth went to Rio, Käte to Palestine and Edith and Günther emigrated with their parents via Havanna to the USA. Edith made sculptures. At a meeting she told, that during the night of the pogrom she hided in the hay loft. Her father has been hidden by his workers in an empty wine barrel. The recipes for the liqueurs have not been transferred to Hügelschäfer by her father and uncle. 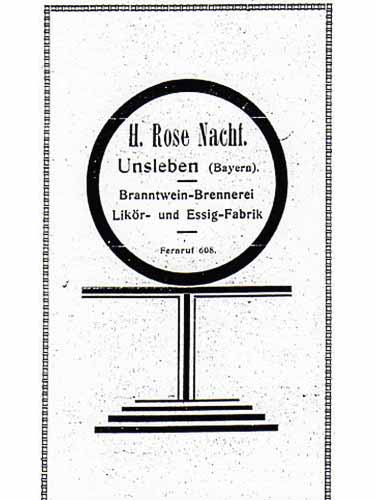