The first synagogue was built in 1753. It was a building in a courtyard on the left side of the Streugasse, and it existed until 1923. Only a few reports are left about the history of the first synagogue. According to one of them, by the end of the 1830s, under Dr. L. Adler, regular services were held in the synagogue – with Psalms, German songs and prayers. During the 19th century, this synagogue had become too small. In 1837, the Jewish community purchased the great tithe barn along the Kemmete for 1,000 guilders with the aim to build a school and synagogue. The blueprints for a new synagogue were drawn, but the original project to demolish the barn was abandoned (the Ten barn still stands today – on the outskirts of Bad Neustadt). Only in 1850 was the project resumed. First, a Jewish school house was built (by the mill race). In 1851 a call for proposal regrading the building of the synagogue was published among artisans of the area. In 1855 the synagogue was inaugurated. The cost of the project to the community was 2,499 guilders. Original door of the Synagogue In the 1860s, the synagogue of Unsleben was briefly in the middle of a heated dispute between Jewish liberal and orthodox groups. In an

article published in the liberal & Allgemeine Zeitung of Judaism Bad Kissinger acting Rabbi, Moses Leib Bamberger (son of Rabbi Seligman Baer Bamberger, since 1865 acting Rabbi in Bad Kissingen, subsequently appointed as permanent Rabbi in 1872) announced that he had requested from the Unsleben municipality to install a traditional grid to the women&#39;s gallery of the synagogue, which led to a violent reaction. In March 1931 the synagogue was desecrated with swastikas. Following the anti-Semitic riots on 30 September 1938 in Mellrichstadt, the Torah scrolls and other ritual objects were removed from the synagogue in Unsleben and hidden in a safe place. After 1945, they were brought to the United States. In the Pogrom on November 1938, the ritual objects of the Bastheim community, which had been brought to the Unsleben synagogue in September 1938, were destroyed. After the last Jewish inhabitants were deported, the local government took over the Jewish community assets and used  the synagogue for the fire department. Around 1950 the community bought the synygogue and built in facilities for the housewifes work. In the eighties of the 20.th century it was converted into in a convention  room  and  tthe adjacent former Naumann-grainery into a meeting hall.;. A memorial plaque is affixed on the building. 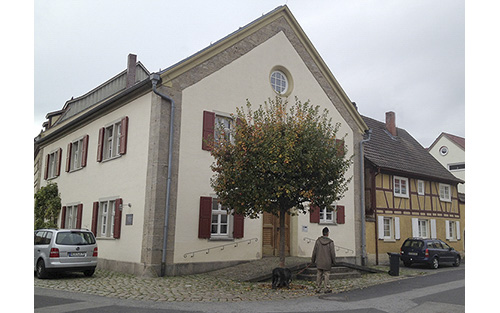 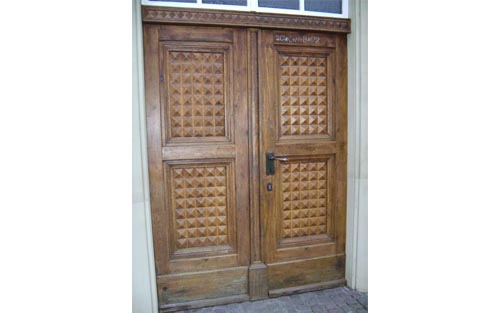