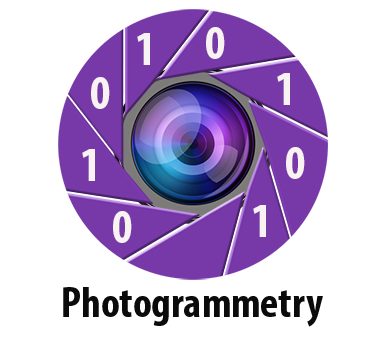 Tombstone – Jewish cemetery of Unsleben by Moshe Caine on Sketchfab

Photogrammetry is the “science of measuring in photos”, and is most commonly used in remote sensing, aerial photography, archaeology, architecture and other fields where we need to determine measurements from photographs. Over the past few years photogrammetry has grown in popularity and is widely used in creating a three dimensional model representation out of photographs.

The underlying principle of photogrammetry is that while a single photograph can only yield two-dimensional coordinates, height and width, two overlapping images of the same scene, taken slightly apart from each other can allow the third dimension (depth) to be calculated.

This is much the same way as the human visual system generates depth perception from the images projected by our two eyes.

We are able to see objects in three dimensions, judge volume, distance and relative size, all because of our stereoscopic vision. This is due to the fact that our brain receives two slightly different images resulting from the different positions of the left and the right eye and due to the fact of the eye’s central perspective.

If two photos are taken of the same object but from slightly different positions, one may calculate the three-dimensional coordinates of any point which is represented in both photos. The two camera positions view the object from so-called “lines of sight”. These lines of sight are mathematically intersected to produce the 3-dimensional coordinates of the points of interest. This same principle of triangulation is also the way our two eyes work together to gauge distance.

The rapid development of the computer after the 2nd world war saw the beginnings of analytical photogrammetry and algebraic based formulas which advanced digital aerial triangulation. However, the advent of the digital photograph and advanced software for image data processing saw this evolution bloom into a fast and practical field for interactive photographic imaging.

Today, a large number of photogrammetric based software solutions exist on the market. Some are based on multiple images and use triangulation principles much like 3D scanners, while others use the stereo image principle.

It is important however to remember that stereo imaging is not 3D photographic modeling. The camera, like the human eye can not calculate what it cannot see. It may guess, extrapolate, average, calculate and estimate based on the information available. However, true depth calculation can be performed only if the area in question was captured by the imaging system. In two overlapping images there will be large areas of information absent by occlusion. Nevertheless, even if full, and analytically accurate information is not present, interactive stereo images can greatly enhance our perception of the object. This is most apparent in reliefs, three dimensional surfaces and rough textures.

Full scale photogrammetry, on the other hand will attempt to cover the area in question from multitude of angles, thus allowing the full recreation of a measurable 3d reproduction of the subject.

One of the central applications of imaging in this project was the mapping out of the cemetery, reproducing an accurate floor plan and providing both virtual access to the site and tagging the graves with as much information as possible.

To this purpose drone photography was employed by The Institute for the Preservation of Cultural Heritage, Digitization Lab, Yale University, under the directorship of Professor Stefan Simon. http://ipch.yale.edu/about-ipch.

For the 3d area mapping in this project, the Agisoft Photoscan software was chosen. This software allows an unlimited number of overlapping photographs taken at different angles around an object to be converted into a massive point cloud, and creates high-resolution, textured 3D model.