Bernhard Lustig was cattle trader, in the 1920ties he acted as head of the Israelitic Cultus Community. He had three children. His son Herbert already in 1924 emigrated to Tel Aviv, son Ludwig died at age 20 in Frankenthal, but is buried in Unsleben. His daughter Martha was able still in 1940 to emigrated together with her husband to the USA.
He himself after the death of his wife Lina in 1937 moved to his sister in law and had with her even a emigration visa to Cuba, but was deported from Leipzig to Theresienstadt in 1942, where he died Oct. 4, 1942. 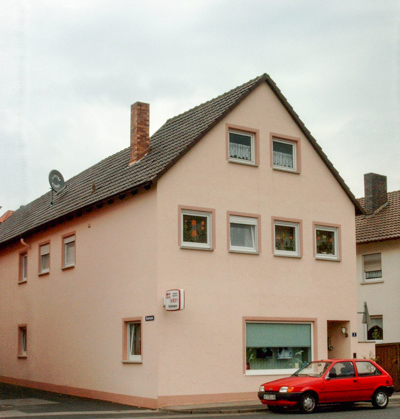 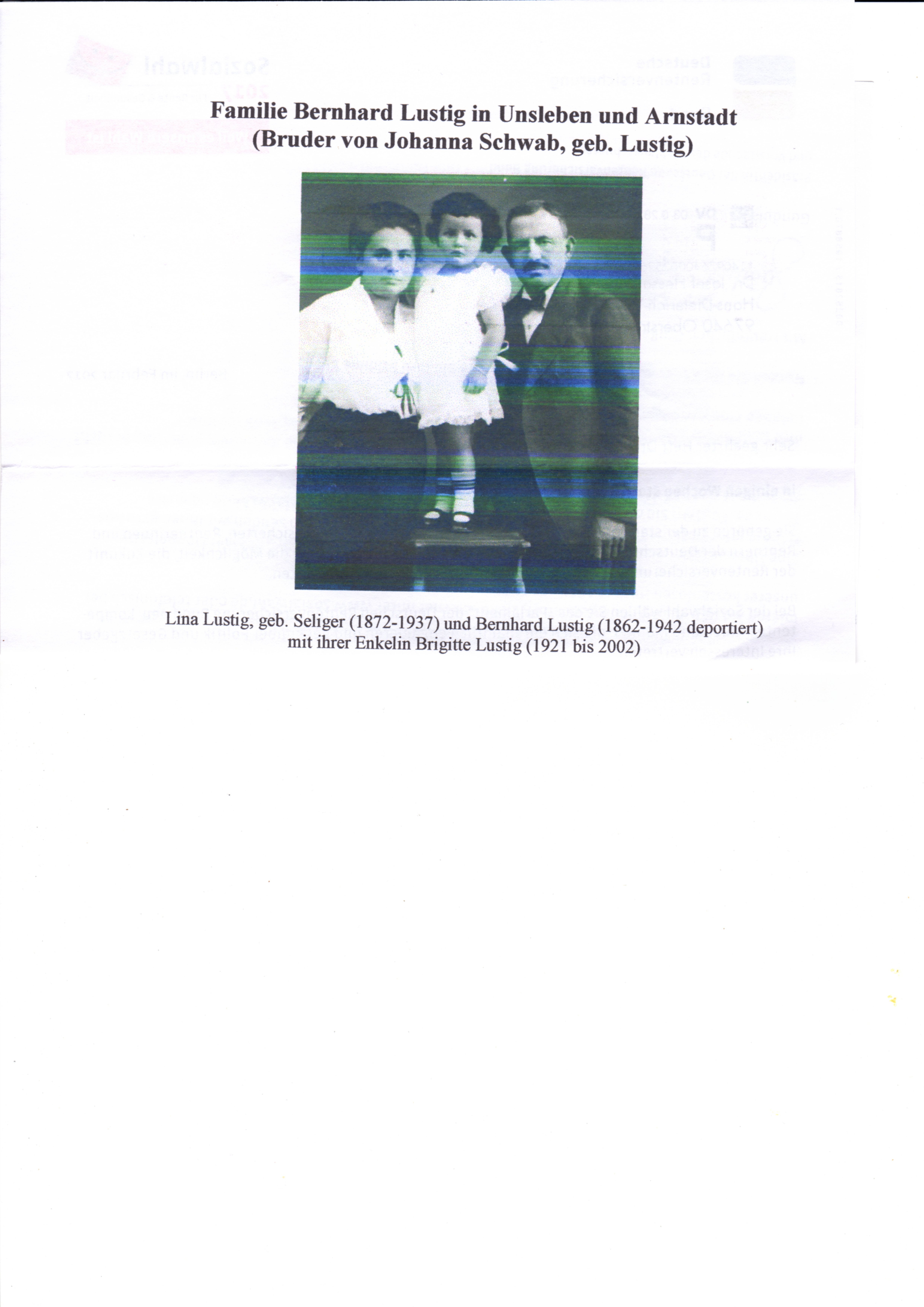