Markus (1875), who later called himself Max, lived together with his wife Kuni and his younger brother Selmar in the same place. Max was a cattle trader and later moved into the home of Bernhard Lustig (house no.49), Selmar was a tradesman.
Max emigrated with his six children, Wilhelm, Frieda, Rosa, Lotte, Selmar  and Walter, 1939 via Havanna into the USA.
Selmar ́s daughter Susie already left in 1934 for New York. Her parents followed as late as 1938 with son Herbert via Havanna to the USA. 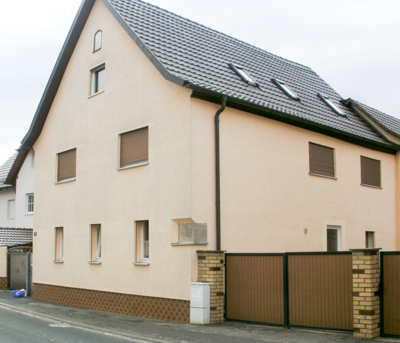