Gabriel Kuhl was a butcher. He and his wife Hannchen died in the thirties in Unsleben and are buried in the cemetery there.

The house was then taken over by Erwin Bardroff who in his active life was working in the nearby granary of the Naumann family. In his late years he functioned as a housekeeper for the synagogue. 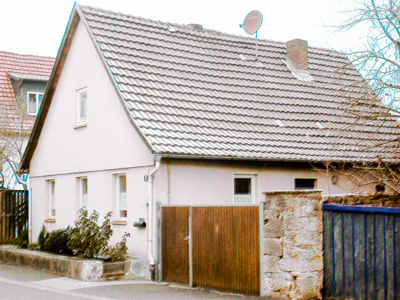