The house originally has been acquired by Alois Stockheimer and later by his daughter sold to Karlein.
Heineman Kuhl (1865) was horse trader and lived together with his son Herbert (1906) and his son Justin(1904) and his family in house no. 15 (now Schlossgasse 7). Justin traded agricultural and household machines.
Heinemann Kuhl emigrated with son Herbert to the CSSR in 1938. Justin emigrated with his wife Marie (1911) and son Hans Max (1935) in 1938 to New York/USA. 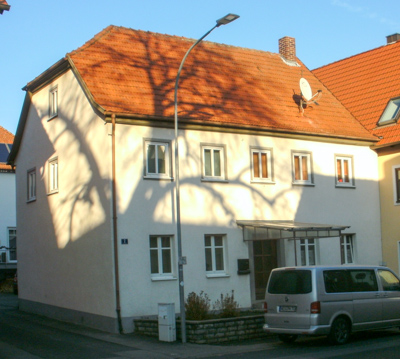