Maier Blumenthal was senior teacher from 1905 until 1935. He lived in the school house with his wife Selma and two sons, Armin and Felix. After retiring he moved to Würzburg and from there to the USA. Max Rosenbaum followed him as teacher.

In a letter after the war to a friend he informed about his school life among others, that in 1916 to 1919 he also was in charge to teach in the Christian school, that in the Jewish school also events of the Nazi­regime had to be honored. The room had to be decorated with three flags: black-­white-red, white­blue and the Hakenkreuz­flag. Also the national hymn (Deutschlandlied) and the Horst-Wessel­-Lied were on the agenda. 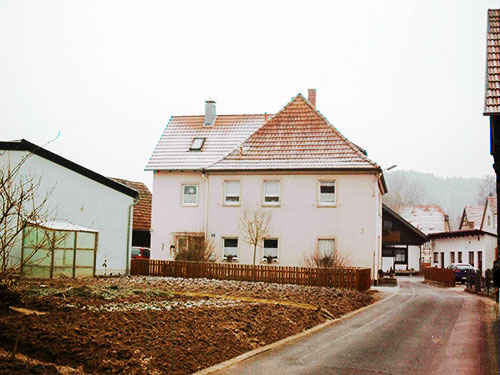